If you’ve studied or read any of Brene’ Brown’s work – one of my personal favorites of all times, you may be familiar with this passage by Theodore Roosevelt’s speech which is often referred to as “The Man in the Arena”.

“It is not the critic who counts, not the man who points out how the strong man stumbles, or where the doer of deeds could have done them better.

The credit belongs to the man who is actually in the arena, whose face is marred by dust and sweat and blood; who strives valiantly; who errs, who comes short again and again, because there is no effort without error and shortcoming; but who does actually strive to do the deeds; who knows great enthusiasms, the great devotions, who spends himself in a worthy cause;

Who at the best knows in the end the triumph of high achievements, and who at the worst, if he fails, at least fails while daring greatly…”

I’ve been studying this passage and what it means to me.  Where am I showing up?  Am I in the cheap seat looking on, giving an opinion, criticizing OR am I IN the arena? How am I showing up in every area of my life?  With courage or am I just playing it safe?  As I thought about this passage, I was flooded with memories of my dad.  My dad passed just a little over a year ago and I honestly I believe he lived a life without rejects, with the exception, he rejects his time with us was too short.  He lived in the arena! 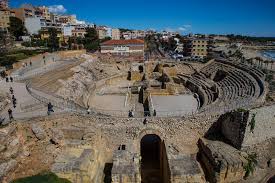 The arena will require you to not just show up, it will cause you to be SEEN, to be HEARD, to FAIL, to LEARN and most importantly to cheer on others in the arena!!!!  It requires courage, it requires you to have strength when faced with fear, pain or grief.  It requires authenticity.

The arena for me right now in my life is learning what to let go of so I can reach higher else.  It means not to settling because what I have is good enough.  Instead it means to push and risk.  Go beyond what I’ve ever dreamed possible.  I may land flat on my face, be heckled from the cheap seats and yet the reward to becoming the best version of myself is worth it!  Who else will I see in the arena?